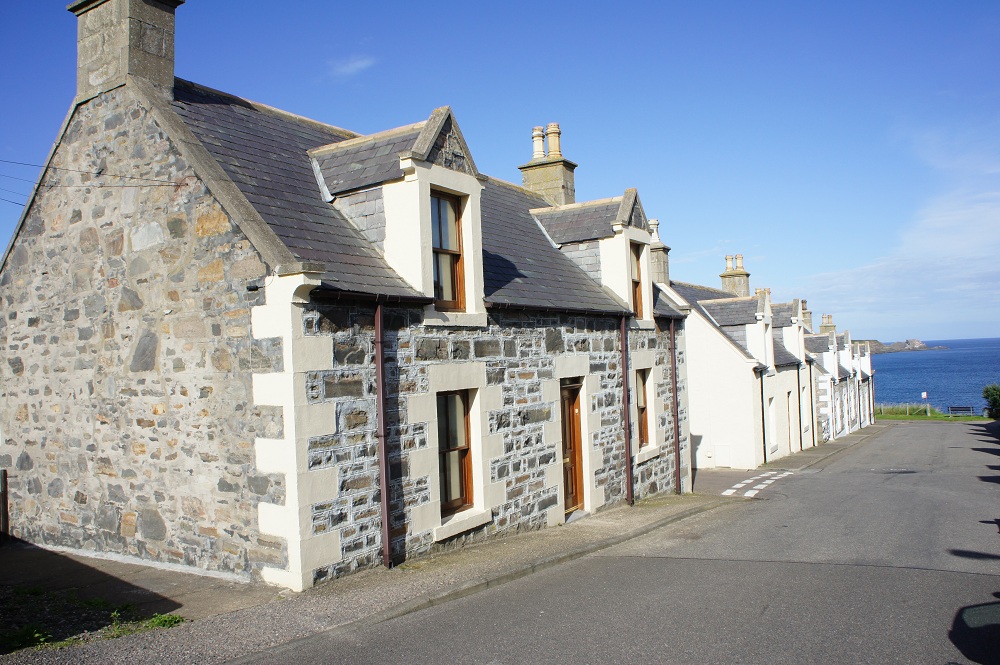 
I am getting excited!  Things are moving really quickly just now.  I have been painting everything that is nailed down, the plasterer has just one room to go and the tiler has finished.  Michael started tiling the bathroom and ensuite floors - his first attempt at tiling and he's doing a pretty good job!  The great thing about painting at the moment is that there are no sockets or skirtings to be careful around so it gets done really quickly.  We also enjoyed a little bit of the great weather at the weekend by painting the architrave outside although it was drying a bit too quickly!

The reclaimed Junkers flooring arrived from Hargreaves Reclaimed Flooring in Falkirk on Friday.  It came from a sports hall in Newcastle, the Inverurie Academy flooring didn't look so good 15 years after being lifted!
Posted by Lyndsay at 22:28 No comments:

Light at the end of the tunnel!

I can't believe it's a month since my last post.  We have been so busy I don't know where to start.  We camped out for a couple of nights to blast the painting.  I was on my own one night and was just getting dressed when the electricians let themselves in!  Not sure who was most surprised!  The electricians have started attaching the sockets which makes everything so much tidier!

The bathroom has been painted fully and Jason, the tiler, has started tiling so it looks great.  The toilets and sinks have arrived and are ready to be plumbed in.  Michael has been building panelled frames to attach the sinks to so we don't crack our heads of the inlays!  He's also been busy disconnecting pipes and clearing the kitchen ready for demolition. 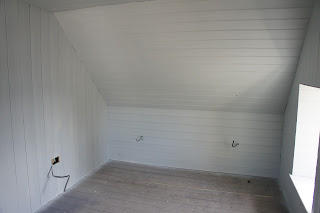 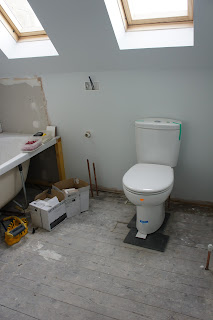 I've nearly finished painting the boys bedroom.  I've been using my paint spray machine which makes the job much quicker!  I've also primed some doors and the panels in the hallway.  The boys helped me to sand down and paint the panels.  Typical boys, they love powertools!  We attached a couple of doors today and all of a sudden things are starting to look nearly finished!

I also had a couple of days away with the boys this week.  We headed to Glasgow first to some reclaimation yards.  I picked up door handles and also reclaimed flooring samples.  The plank on the left came out of Inverurie Academy gym hall!  I really wanted that one but I prefer the colour of the one on the right which came from Newcastle after all the flooding earlier this year.  We then had a lovely night with my friend, Jo, in Dunblane where the boys saw Andy Murray's post box!
Posted by Lyndsay at 01:21 1 comment: